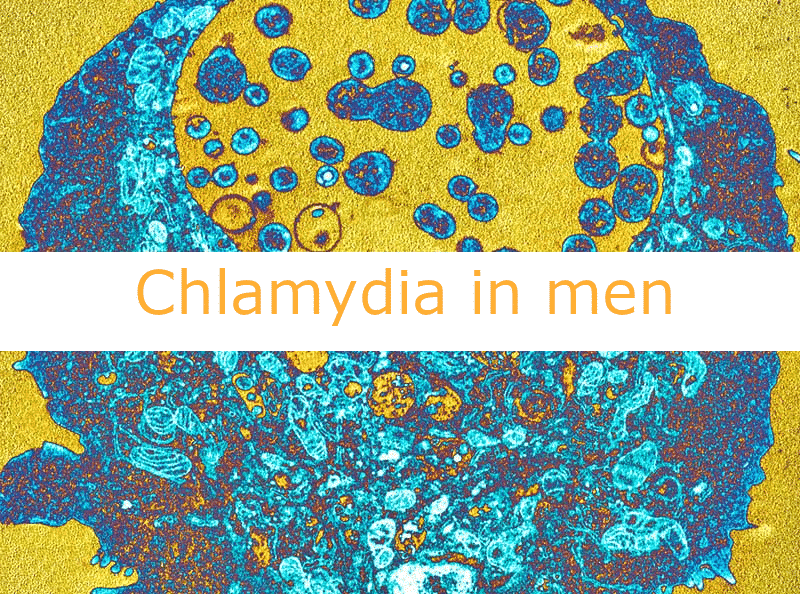 Chlamydia is a sexually transmitted infection common in young people between the ages of 15 and 25. The worldwide prevalence of this infection is currently approximated to be around 10% which is quite a high percentage.

Unlike other sexually transmitted infections, Chlamydia does not show much signs and symptoms in its early stages, and this has made many women vulnerable to the infection. In the case of men, 75% of them will develop symptoms and notice they have been infected but the remaining 25% who did not notice any symptoms will go on to give the infection a ground to fester and develop. Untreated Chlamydia results in Epididymitis, a leading cause of infertility.

Common symptoms of Chlamydia in men

Even though Chlamydia rarely gives away any major symptoms early on, more than half of the men who are infected will most likely notice some symptoms, no matter how little or insignificant. Some of the symptoms of Chlamydia in men include:

This is an infection of the urethra (the tube that runs through the penis). Some of the most common features of urethritis in men include:

How to take a Chlamydia test at home

Diagnosis for Chlamydia is usually made clinically, meaning you have to provide a one-time urine sample which would be sent to the laboratory for examination, the result of which you’ll get within a week. However, many people prefer to test for Chlamydia at home. This can be done by receiving test equipment by mail which you will use to collect the sample, then send by mail back to the lab for a lot of advanced examination and tests. You can also purchase a quick test kit for Chlamydia which is used to detect Chlamydia antigen, especially in people who show no sign of symptoms.

How to treat Chlamydia

Chlamydia is treated (in the case of men) with the use of antibiotics recommended by a medical doctor. Within a week or two of consistent usage of the antibiotics, the infection will clear up, but you are expected to complete all the dosage prescribed and present yourself after three months for further test to ascertain if indeed you are free from the infection during the period which you are expected to abstain completely from sex or sexual activities. Once your infection has been confirmed, your partner is also required to go in for treatment, since women rarely experience symptoms, she is required to undergo a test. Chlamydia in women may require hospitalization and intravenous administration of antibiotics.