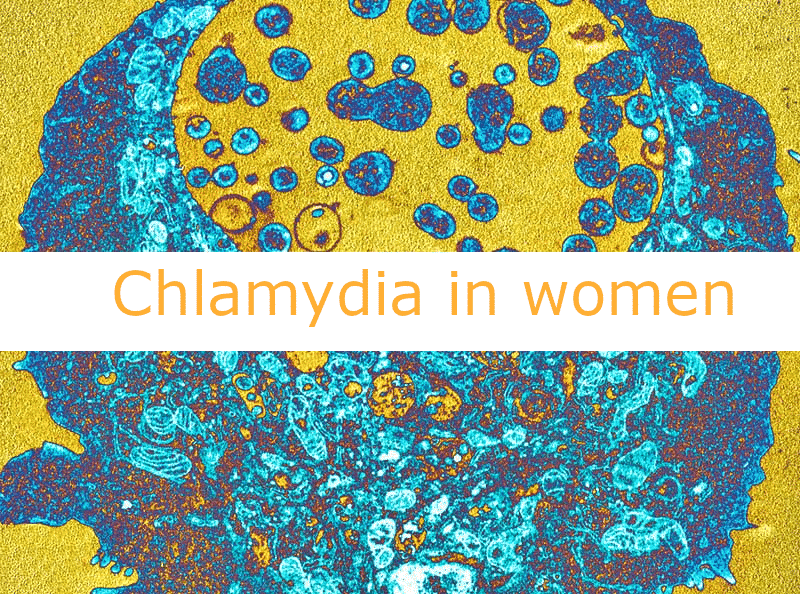 Statistically, Chlamydia remains one of the most prevalent sexually transmitted infections in the United Kingdom, with about 10% confirmed diagnoses out of the total tested in 2018. The young population aged between 15-24 years make up the majority of the infected population. In women, the symptoms and signs of Chlamydia do not show in its early stages; thereby making it a very dangerous infection because the absence of any visible symptom gives the infection the chance to spread to other place and cause serious damage and complications.

What are the signs of Chlamydia in women?

In its early stages, women will usually not have or feel any clear discomfort at first, but as time goes on for more than half of women infected, they will experience the following at different time;

How do you diagnose Chlamydia in Women?

The diagnosis of Chlamydia is basically dependent on three things, namely; history, clinical findings, and laboratory tests. Sometimes sexual history comes to play, as your doctor may ask about the number of sexual partners you have or had and whether or not you use protection during sex. Then a Chlamydia test would be taken from the lower abdomen down and would be sent to the laboratory for analysis.

What happens when you leave a case of Chlamydia untreated?

For either of the two genders, it is very dangerous when you leave a Chlamydia infection untreated because this can lead to more severe complications. Inflammation of the pelvis is one of those complications with severe effects such as painful infection around the lower abdomen which could result in fainting, abdominal pain, vomiting, and nausea. This can ultimately lead to causing permanent damage to a woman’s reproductive organs which could lead to infertility.

How to reduce the risk of Chlamydia among Women

A regular visit to the doctor for routine check-up and tests, especially if you suspect any of the above symptoms in any form. You must make sure that you take every precaution to rid yourself of a possible infection and prevent others from being infected. Reducing the number of sexual partners (strangers) would be a great start. Or using condoms during every intercourse.

When infected, ensure that you complete your dosage of antibiotics even though cases of severe Chlamydia in women may require hospitalization and intravenous administration of antibiotics. The recommended treatment plan for Chlamydia is usually between a week or two, during which the infection is expected to clear up. However, even after the infection has cleared up. Three months after, a routine check at the doctor’s is also recommended. And all through the period while the infection lasts, through the period of treatment, it is advised that you abstain completely from sexual activity and sometimes as a precaution, your partner is advised to seek diagnosis and go for tests as well.