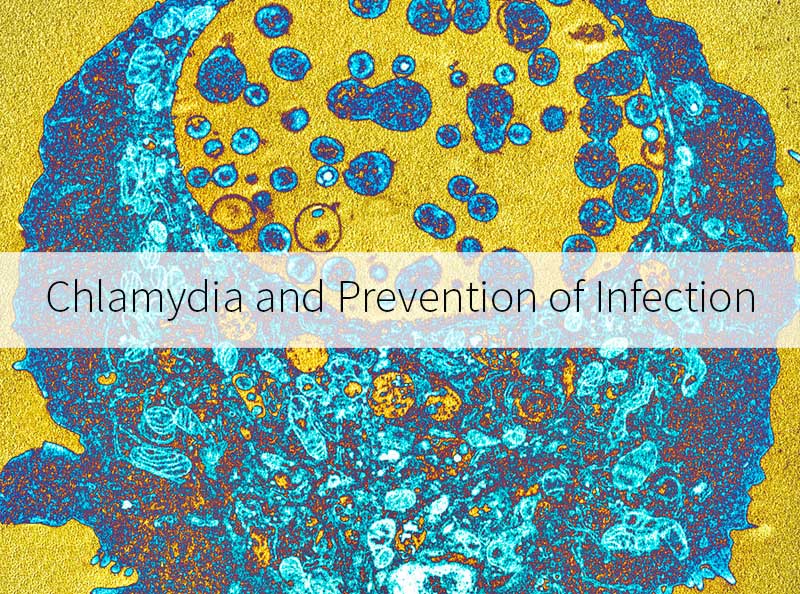 One of the biggest problem with chlamydia is that the infection cause no symptoms at all until it reaches a certain stage. At that point it may cause serious health complications. This is the reason why chlamydia is the most common sex disease in the world. The infected individuals usually are completely unaware that they infect their partners. It might result in infertility (a complete loss of the ability to produce children), in cases whre chlamydia infection is allowed to develop for a long time without proper treatment.

Chlamydia is usually transmitted through unprotected sexual intercourse from person to person. The infected person also becomes vulnerable to other STDs, such as HIV. Therefore, it is very important that people in vulnerable groups would use contraception during sex. Sometimes people become infected, even if they practice safe sex and use contraception. So, it is recommended that people in the appropriate risk groups would test themselves regularly. It can be done using a chlamydia test at home, or by visiting your doctor or clinic to be tested there.

The first thing one should do is to always use a condom when having sex with new partners. That is especially important if you are not absolutely sure if they are infected with STDs before. It is also important that you test yourself regularly for STDs. You should also encourage your partner to take a test for chlamydia if you are in a strong, monogamous relationship. Sexual partners often give each other the infection again and again if one of them is infected. Therefore, you should abstain from sex for about two weeks in the event of infection with chlamydia, before you can feel you absolutely confident that someone does not get infected again. If you are in an open relationship or suspect infidelity, it is important for both of you to take a test for sexually transmitted diseases. Nevertheless, it is still recommended to use a condom during intercourse. It is a good idea to be tested on a regular basis, for example every six months at least once a year. That is especially relevant if you have frequent sex with multiple partners.

It’s a good idea to limit the number of sexual partners to a minimum, and it is best to have only one, to avoid out-of-relationship sex, in order to prevent you and your partner.

Avoid washing the genital area with germicidal soap, use either an intimate soap, because if the healthy and natural bacteria are removed from the abdomen, you have a greater risk of getting chlamydia.

Do not have sex if you have symptoms of chlamydia, or if your partner has symptoms. The symptoms include pain during urination, discharge from the genitals, or itching/burning around the genital area. If you experience any of these, stop sexual activity immediately and seek for medical attention. Unfortunately, not even condoms can provide 100 percent protection, if you or your sexual partner has a chlamydia infection that has been allowed to evolve over time.