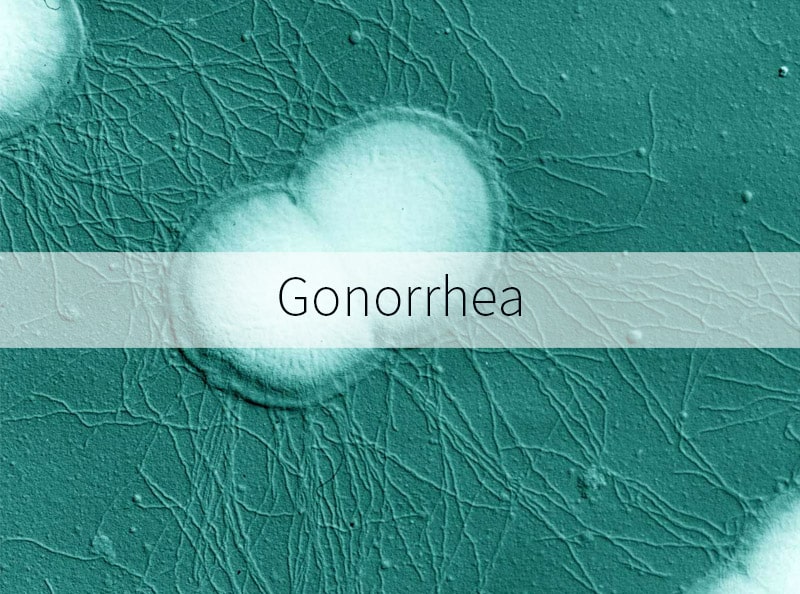 What many do not consider that the unborn child also has a big risk of getting a sexually transmitted infection if the mother is infected, and gonococcal often infect the eyes of newborns during birth. This provides equally serious consequences in children as in adults, since gonorrhea in the eye can result in blindness. There is also a risk that infection spreads to other parts of the body, although it is less likely.

Gonorrhea of ​​the eye in newborns

Conjunctivitis in newborns (opthamlmia nenatorum) will refer to all types konjkunktivitt, which occurs in the infant within the first 28 days of life. These may be due to all causes, but it is usually talking about a bacterial infection with microbes that Neisseria gonorrhoeae (gonorrhea), Chlamydia trachomatis (chlamydia), staphylococci or streptococci, but sometimes it can also be a case of viruses Herpes simplex type 1 or 2. in most cases, a conjunctivitis in newborns be little aggressive, but except for a gonorrhea and chlamydia in the eye can (gonorrhea) is very fierce eye infections that develop quickly and can result in serious complications such as blindness. In the Western world it is not often that occurs conjunctivitis in infants because of gonorrhea, but we’re pretty well equipped if it should happen.

How transmitted gonorrhea from mother to child during birth?

If a pregnant woman is infected with gonococci in the lower abdomen, it will almost rub off on your child. This happens when the child gets transmitted gonococcal from the vagina during the birth itself, but it can also happen infection if the bacteria has spread to the bloodstream of the mother. The first symptoms of gonorrhea in the eye of the newborn occurs a few days after birth, often in the form of redness eyes with swollen eyelids and pus-like discharge from one or both islands. Eye infection progresses quickly and can result in perforation of the cornea if the infant is not treated in time.

What is the treatment for gonorrhea in newborn babies?

It will be necessary to stay in hospital until the child has been evaluated and treated, if it is being proven gonorrhea maternal before, during and after førdslen because:

It will be necessary to wash the child regularly.
One must give the baby drops periodically to get rid of pus.
It must be given antibiotics intravenously.
Gonorrhea and possible complications in newborns

Keratitis (inflammation of the cornea).
Scarring on the cornea retina.
Permanent degradation.
Permanent blindness.
It’s a good prognosis for gonorrhea in the eye in newborns bar, if treatment with antibiotics come early. When the risk of serious complications can be greatly reduced, especially if the mother was free of infection before and while the woman is pregnant. It is the only way to ensure that the child is not infected with gonorebakterien. A home test for gonorrhea home test helps you to be on the safe side so you can always be prepared. It is recommended to take a test for all STDs doctor even before you become pregnant, so that complications can be avoided. If you find sex disease early, you will have little or no risk of serious complications.