Home » Articles » STD » How Common Are STDs? Most People Have No Clue! 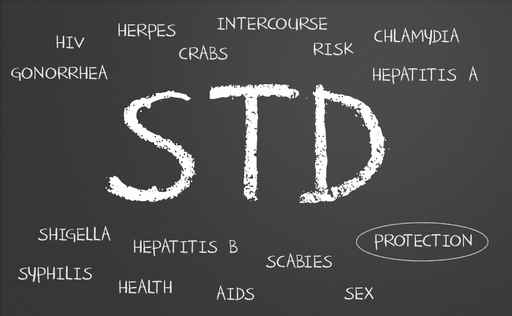 Chlamydia, HIV/AIDS, gonorrhea, syphilis, and genital herpes are only some examples of the most common STDs around the world. Many of these STDs are easily treatable whereas many of them are not, such as HIV which goes on to cause the potentially life-threatening disease known as AIDS. Most of them are causing difficult symptoms and can lead to various complications if left untreated.

The problem with most STDs is the lack of awareness that exists among people. People still tend to not take STDs seriously, avoiding to protect themselves properly during sex and engaging in unprotected sex with people whose reproductive health they know nothing about. And so, the many STDs keep on spreading, leaving people unaware of how big of a number it is that of STD cases around the world.

How common are STDs?

For this article, we will look into some of the most recent statistical data –available from 2017 and 2018. According to the Centers for Disease Control and Prevention (CDC), back in 2018, the numbers of STD cases have been truly horrifying to look at. Although the incidence of certain STD seems to decline, it has become clear that the numbers of the STD cases tend to variate over the years leaving us still in the need to do whatever we can to prevent them as much as possible.

According to the World Health Organization (WHO), each day, there are more than 1 million STD cases worldwide. Each year, there are approximately 376 million new cases involving at least one of the following four common STDs – chlamydia, gonorrhea, syphilis, and trichomoniasis.

HIV/AIDS, alone, has affected around 37.9 million people globally, back in 2018. Of these, 36.2 million were adults. Children have not been spread from the dangers of this disease, with it affecting around 1.7 million children worldwide. 91% of the children affected by HIV/AIDS are living in Africa. In 2011, AIDS has been the cause of death in 70 percent of the cases.

Pregnant women are not spared as well. In 2016, nearly 988 000 pregnant women have been diagnosed with syphilis. STDs have accounted for around 350 000 adverse birth outcomes which unfortunately include around 200 000 stillbirths. The high rates of STDs in children can be also explained with many of the STDs being transmitted during pregnancy or childbirth due to a lack of proper testing and treatment.

There are more than 30 different bacteria that have been found guilty of causing the many sexually transmitted diseases (STD) which we encounter today. From chlamydia, syphilis, and gonorrhea, to viral infections such as HIV/AIDS and HPV – there are many different STDs that we need to protect ourselves from.

Instead, people often seem to fail to understand how easy it is for these infections to spread, thus affecting more people each day. We hope that today’s article has shed some light and helped raise awareness among people all around the world.