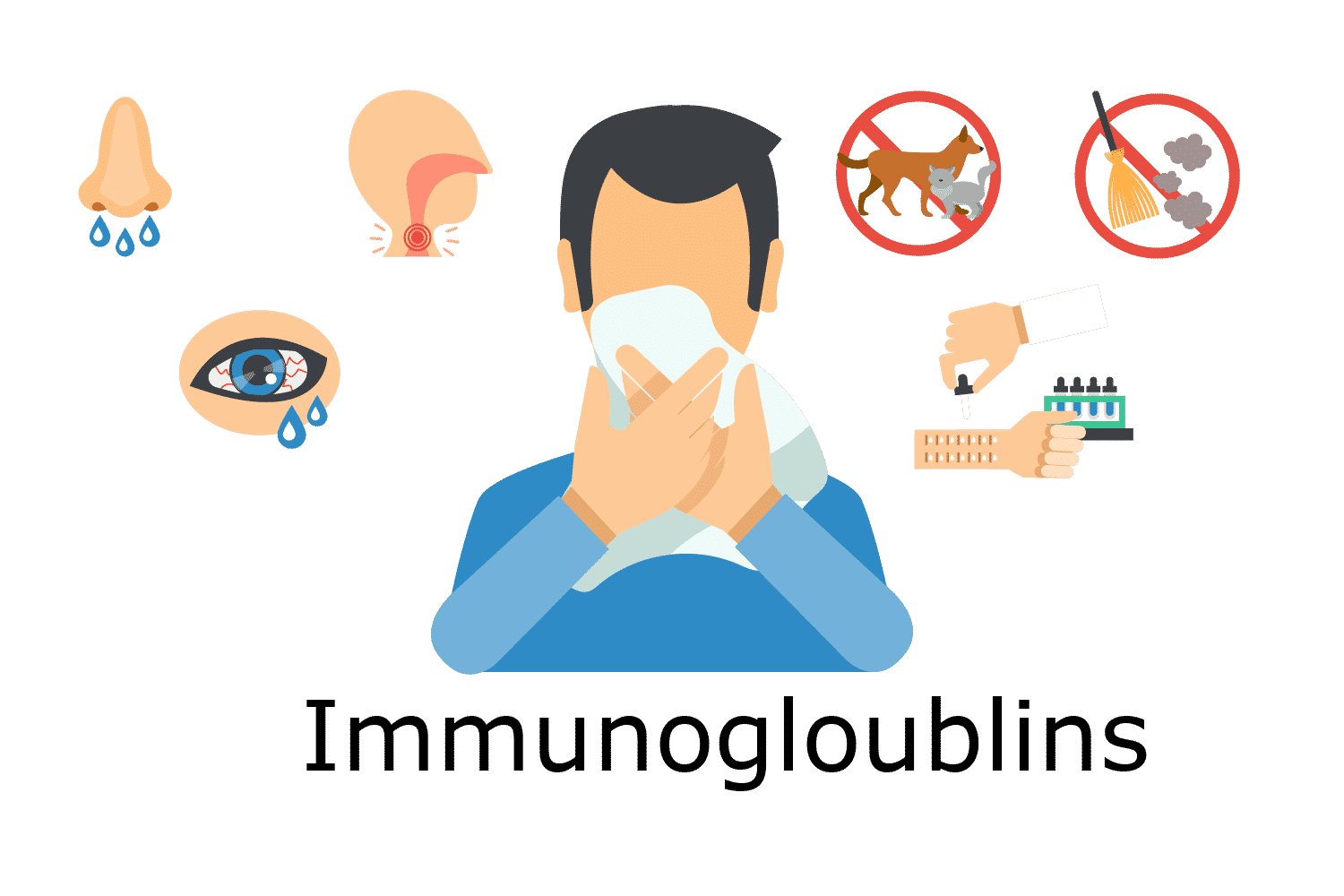 Your body can protect you from harm by responding to antigens that are capable of compromising your health. The body’s response is possible via antibodies, also as immunoglobins. Antibodies can respond to allergies, pathogenic microorganisms and its products, and even self-antigens. They are also involved in graft rejections.

Immunoglobins are glycoprotein molecules secreted by the white blood cells, specifically the plasma cells. B-lymphocytes differentiate into plasma cells. The immunoglobins act as a critical part of the immune response by aiding the destruction of specific antigens like bacteria or viruses. These antibodies function by specifically recognizing and binding to specific antigens.

The antibody immune response is highly complex and extremely specific as each type of immunoglobin has specific binding sites for certain antigens. When a foreign substance that entered the body is detected to be harmful, antibodies are secreted into the bloodstream to fight it. The body has several mechanisms of releasing the immunoglobins to attack substances that invade the body.

However, there are times when the body becomes hypersensitive and substances which are not harmful are perceived to be so. In such cases, the antibodies also fight the non-toxic substances and can cause harm to the body. Consequently, the immunoglobins are regarded as fighters.

This group of antibodies helps to defend the body against pathogenic bacteria and viruses. IgA is abundant in the mucous membranes, especially in the linings of the gastrointestinal tract and respiratory passages. It also found in tears and saliva.

IgD is found in the blood in small quantities. However, it is the least understood among the classes of immunoglobins.

Immunoglobin E is found in the mucous membrane, lung, and skin. It is associated with allergic reactions. IgE is released when the immune system reacts to an environmental antigen such as pet dander or pollen. The antibodies attack the allergen that triggered their secretion causing it to explode and release its content into the body system.

The chemicals released by the allergen provoke physical reactions (allergic reactions) such as sneezing, wheezing, swelling of the lips, and reddening of the eyes. The allergic reactions show symptoms in the lungs, throat, nose, and on the skin. Each subtype of IgE has specific radar for a particular type of allergen.

Consequently, you can only be allergic to an allergen if you have an IgE specific to that particular allergen. For instance, an individual who is allergic to only cat dander has only IgE antibodies specific to cat dander. However, some people are allergic to multiple allergens because they have many types of IgE.

IgG protects the body against bacterial and viral infections. It is the most abundant group of antibodies as it is found in all body fluids. It is essential in the fight against infections as the IgG in the bloodstream serve as a secondary check for invaders in your system.

IgM is the first group of antibodies produced by the body for defense against a new infection. IgM is found mainly in the lymph fluid and blood.

Consequently, the presence of antibodies will determine the substances that can trigger an allergic reaction in the individual. This approach helps to trace the problem from the solution provided.

There two methods of testing for allergies: the skin test and blood test.

However, the amount of the antibodies in the blood does not mean an individual will react to the allergen. The cross-reactivity of allergens with proteins reduces the efficiency of the blood test for allergens. The immunoglobins have a protein structure and function by selectively binding to a capsule, bacterial wall or grain.

This bond is very strong and three-dimensional. Like the “lock-key” situation, master keys that can open several locks exist. This cross-reactivity is not often specific, rendering results from blood tests inconclusive. However, the blood test is crucial if there is a case of a family history of relatives who have a specific allergy. The approach will make it easy to determine the substance that the test will be conducted.

It is important to test for the presence of immunoglobins. However, you need to pay more attention to your lifestyle. Find out the situations that are likely to trigger an allergic reaction. Your discoveries will help to reduce the number of tests that will be conducted, saving the cost of the tests. However, regular testing will improve your health.

The knowledge about immunoglobins and how they relate to allergies can help you to live a healthier life. You need to obtain more information concerning your allergies to help you avoid suffering from allergic reactions. Stay abreast on how to deal with allergies and be healthy.