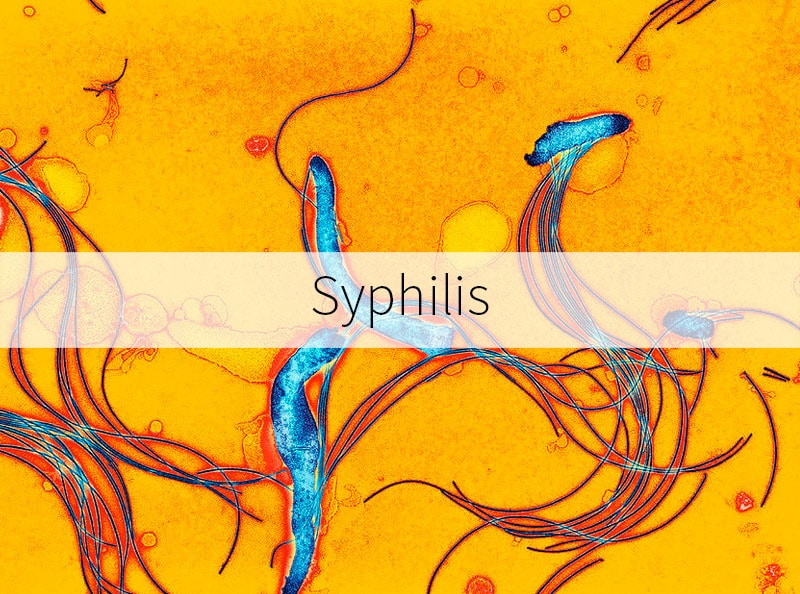 Syphilis was very common in the past, but in recent times, the incidence of the disease decreased gradually in the general population. Man, however, has seen an overall increase in recent years in people with immigrant backgrounds, Norwegian men who have heterosexual sex with women or men outside Europe, and in environments where men have sex with men. In spite of syphilis not always produce some symptoms, it may be fatal and serious complications if the disease is not treated in time. We recommend that all vulnerable groups to test themselves regularly with our syphilis test, so you can detect the disease in time! There are several advantages to choosing a home test for syphilis before a hospital samples, since it takes more nerve-wracking days to get the results of a laboratory test for syphilis from hospital. It is also expected that people in risk groups show up at regular intervals to update them on their infection status, and it may be inconvenient burden for many. Our rapid test for syphilis is however a cheap and reliable offer that enables the user to “screening” themselves for illness regularly behind the four walls, so they can detect disease in time and get treatment if they are infected.

How does a self-test for syphilis?

Syphilis foråsakes of spiroketebakterien called Treponema pallidum, which is transmitted through sexual contact and blood contamination. This bacterium has a surface with molecules unique to this bacterial species, and the disease process the body will produce specific antibodies directed against surface proteins of syphilis in an effort fight infection. A syphilis test detects therefore disease by confirming the presence of antibodies against syphilis, and the only thing you need is a little drop of blood drained from the person you want to test for disease. The test only shows a positive result if one has sufficient syphilis antibodies in blood, and it is usually a while before these levels are high enough to be detected by a syphilis test – whether the test done at home or in hospital. A general rule is therefore that the test is 80 percent accurate three weeks after the time of infection, and 100 percent accurate after three months. We therefore recommend that all the vulnerable risk groups to use a home test for syphilis at regular intervals, so that the disease can be detected and treated in time.

Running a home test for syphilis?

Quick Test for Syphilis is a chromatographic-immunoassay for the qualitative detection of antibodies to TP in human blood, and the entire test procedure from start to result usually takes 15 minutes.

The entire test procedure behind a rapid test for syphilis is fast and easy:

Start the test by opening the sealed container along the edge. Remove the test cassette from the container.
Add test cassette flat on a clean, dry, non-absorbent substrates, Take a drop of blood and transfer it into the test pad.
Wait for colored stripes occur. Read the result after 15 minutes. It is important not to wait too long to read the results, since they risk a false positive if you let the sample stand too long without checking it.
How read the result from a syphilis test:

Negative: Only 1 pink stripe will be visible. This indicates that there is no detectable antibodies in the blood, and it is considered uninfected and healthy.

Positive: Two pink stripes will be visible. This indicates that the sample contains a detectable amount of antibody, and then one should consult a doctor as soon as possible.

Invalid: If no colored lines are visible, this is an indication of a possible fault in the performance of the test. The test should be conducted again, using a new and unused test tape.

Precautions before using a home test for syphilis:

Use fresh samples (blood).
Use within the expiry date
Do not open the test vessel until room temperature is reached,