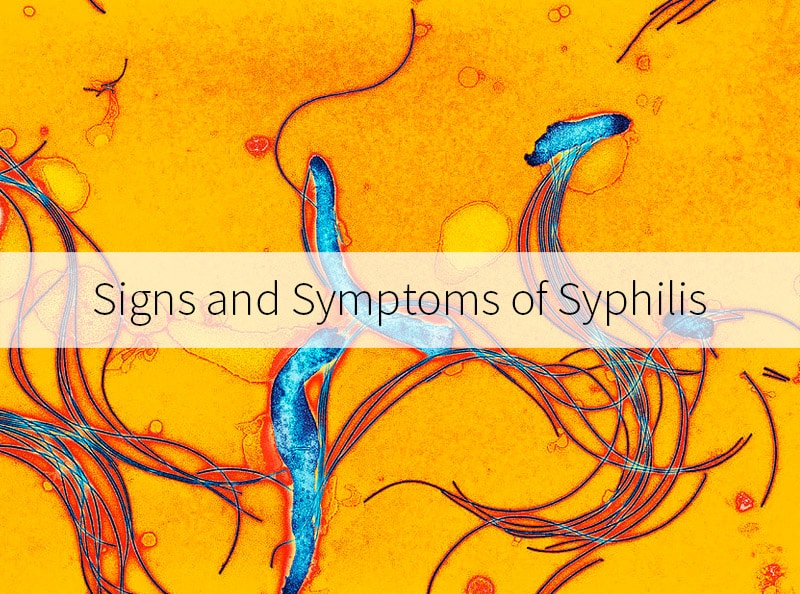 Syphilis is a sexually transmitted disease that develops in our different stages. In later stages, it causes a wide variety of different symptoms, which might give the impression that it is a different disease. The early stages of the disease, however, causes more distinctive symptoms. The stages of syphilis are:

One of the first symptoms of syphilis is a sore, called chancre. It develops at the site where the bacteria entered the body. The chancre is often found on:

Chancre usually develops within 3 weeks after infection. The first stage of syphilis lasts between three to six weeks, and is considered terminated after chancre spontaneously heals itself. It is important to be aware that it is not always all that makes this sjankeren because it can hide inside the area where it is not easily detected, such as vaginal canal or anus. It is also estimated that only about 60% of all infected individuals actually experience symptoms of syphilis during the first stage.

Secondary stage starts several weeks or months after the chancre has disappeared. It can also occur alongside the chancre and characterized by:

The symptoms and the discomfort of the acute phase proceeds gradually over the course of three to six weeks, and then changes in the latent phase of secondary syphilis where the patient has no symptoms. This phase is divided into an early latent portion in which the patient is highly contagious and seronegative (blood tests may not detect antibodies to spiroketebakterien) and a late latent portion in which the patient is less contagious and seropostiv (blood samples show that antibodies against spirochete). The latent stage is entirely asymptomatic and may decades before the disease goes into the third and final stage of syphilis. However, it is important to be aware that this disease does not necessarily need to give the violent and recognizable symptoms we mentioned above, and many may find it easier and more short-term ailments, or be totally asymptomatic. It is therefore important that all the vulnerable groups tests themselves regularly with our rapid test for syphilis.

If untreated, an infected person will progress to the latent (hidden) stage of syphilis. The latent stage starts about one year after one becomes infected. After the secondary-stage rash goes away, the person will not have any symptoms for a time. That is why latent period of syphilis is sometimes called hidden phase. The latent period may last from 1 year to 5 or even 20 years!

Often during this stage, an accurate diagnosis can only be made through testing, the person’s history, or the birth of a child with congenital syphilis.

The tertiary phase affects only 30 percent of those with an untreated syphilis infection. It might 3 or 30 years before the bacteria become active again. Once it begins, it might cause an enormous diversity of symptoms which can be often incorrectly perceived as other illnesses. Although it’s never clear what kind of symptoms tertiary stage may cause, there are three main forms determined by the part of the body that has been affected the most by the bacteria:

This form of benign tertiary syphilis usually occurs fifteen years after primary infection, and is characterized by the formation of “gumma” – small soft tumor-like balls of variable size in skin, bones, liver and other soft tissue. These “gummaene” may ultimately cause serious deformities of the face and joints, which will affect the infected appearance and mobility impairment.

This form of syphilis may occur anytime during the development of syphilis. The patient might notice no symptoms at all, or, conversely, he might experience a large number of diverse neurological symptoms that resemble Parkinson’s disease or Huntigton disease:

Neurosyphilis can also cause other neurological symptoms such as:

Cardiovascular syphilis usually develops after fifteen years and affects the cardiovascular system. It causes the following symptoms and complications: